First Blog in a while. Boy we’ve been busy!

We’ve been processing the whole Todd Bentley conference cancellation due to the Home Office refusing him an entry visa to the UK due to an MP getting up in arms about an out of context YouTube video which branded Todd a violent evangelist healer. Utter rubbish and nonsense.

But the cancellation has brought up so much in the spirit.

First off, the extreme need for all itinerant Christians to be able to master translocation at will, so that the borders will become meaningless, as any speaker would be able to just show up on the night, do their meeting, then pop back home in time for supper, without the need for long-haul flights… 😉

But more importantly, we keep wrestling with the thoughts of our need to raise up local heroes, and not have to fly in people from other countries just so we can have a night of miracles…

We’re even questioning whether we should be having conferences at all.

Why should we be all coming together to listen one person who apparently has figured something out, or who is exceedingly blessed and gifted, or who just has supernatural access on a level that most of us crave to have ourselves (though we maybe don’t want to have to pay the price they paid to get it…)?

And that’s just it! Why aren’t we doing the stuff ourselves? Why aren’t we the ones praying healing over people, bringing precise words of knowledge, raising the dead, delivering people, and operating in any and all other miracles? We are we sitting back and relying on some ‘Christian celebrities’ to do all the work of the Kingdom?

Jesus told us that we would do everything He’s done and even greater things than Him.

We totally understand the desire to hear anointed gifted speakers who can help teach us to ‘do the stuff’ so that we can go out and do it. But we don’t seem to actually be picking up the message and running with it after we hear it!

It’s like we have become used to going and listening and applauding someone at the front, but then walking away afterwards and not applying any of it to our everyday lives. We are perpetuating a celebrity culture and turning Christianity into a show that we go to weekly or monthly, viewing it like any other form of entertainment. And then we’re surprised when we tell our friends how great it is, but all we’re really doing is trying to sell them tickets to a show that they don’t want to go to because they don’t understand it. 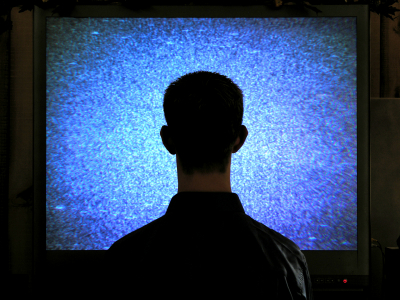 It’s not a show. It’s meant to be an everyday way of living. We’re supposed to be doing this ‘stuff’ daily, everywhere we go around us. Not to impress anyone with how great we are so that they’ll want to come see us or support us financially. We’re supposed to be doing it because the Kingdom of God is at hand, and it needs to be demonstrated through everyday people like all of us in order to be able to impact the nations, starting at an immediate local level.

We need Local Heroes, doing ‘the stuff’ quietly and unseen, invisibly, in their daily surroundings, to other normal people who are desperate for a touch from God, even though they are totally oblivious to the fact of how much they need Him.

We need to grow up and rise up and shake ourselves out of this television and cinema entertainment celebrity mindset and become the people we’ve been waiting for!

Come on, guys! Rise up! Dare to believe that you are the one and that the Kingdom is truly at hand! Dare to pray for someone today! The voices may negatively suggest to you ‘what if you fail’… But what if you succeed and believe and the Kingdom of God is shown in a mighty way in the process?

Be the Local Hero in your local sphere of influence. You have nothing to lose, and a Kingdom to gain. Don’t evangelise with empty words from the head, but with a demonstration of power of the spirit. You are the people you’ve been waiting for…